60 executives of the International Association of Controllers (ICV) from 11 countries constructively worked together on future topics. Openness and mutual respect characterized the intensive meeting: With its international Management Conference on November 26, 2017, the ICV took another important development step. For the first time, a meeting of the ICV executives was conducted entirely in English. It offered opportunities to get to know each other better, to network, to exchange opinions and experiences. During workshops, the participants developed solutions for urgent tasks. 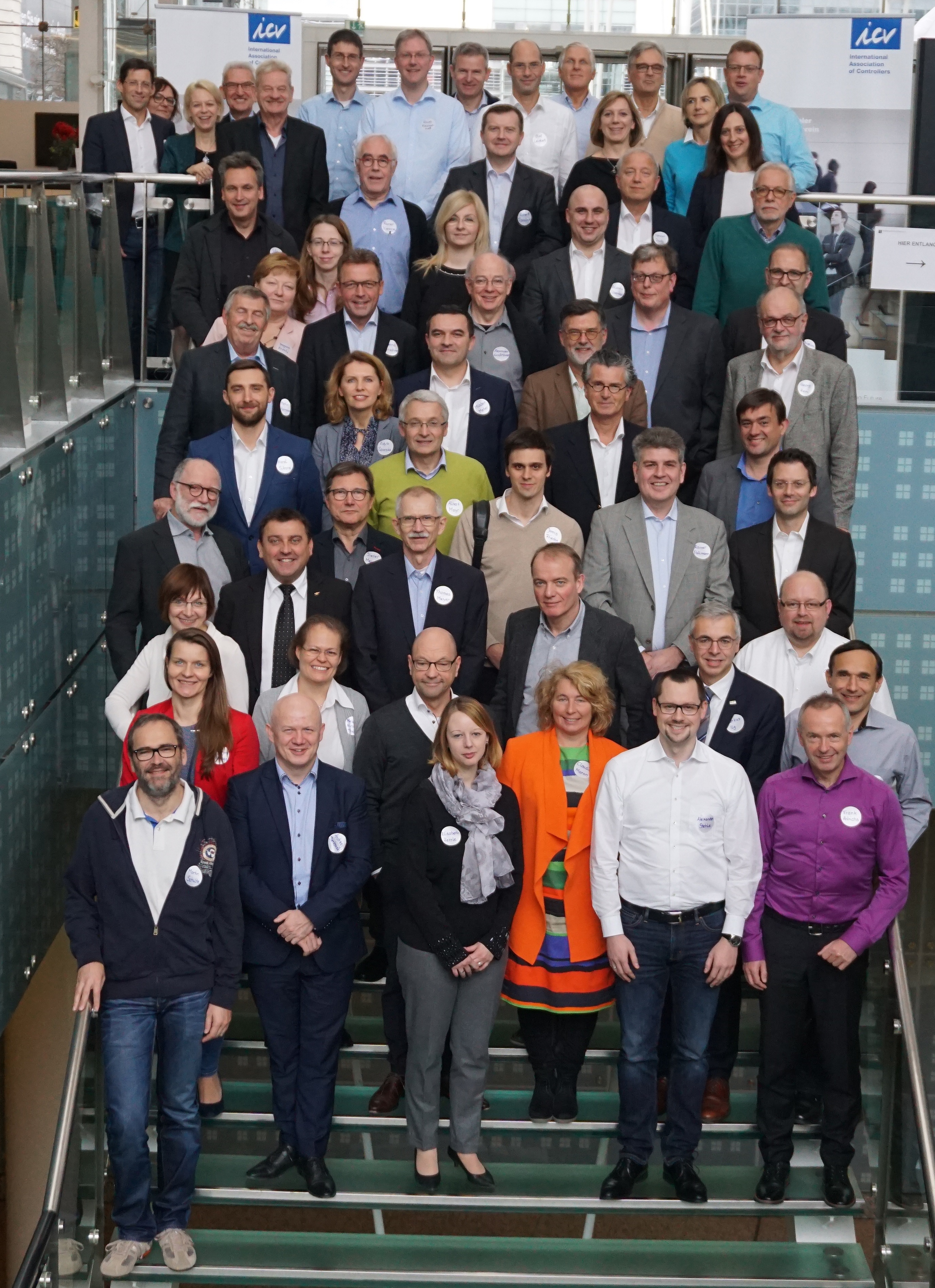 The meeting moderated by the ICV Board Member Matthias von Daacke was opened by the ICV Chairman Siegfried Gänßlen. In his Management Report 2017 he reported e.g. on the publications of the ICV Think Tank, he devoted himself to the diverse activities in the ICV digitalization offensive. Gänßlen paid tribute to the successful premiere of the ICV Controlling Barcamp, with “Health Management” he presented a new topic in the ICV and reported appreciatively on the work of Alfred Biel to establish an ICV compliant “controller” definition in the Duden Dictionary. The overview of numerous 2017 events showed the great commitment in the ICV. The Chairman focused on the “ICV Controlling Excellence Award 2018” and on the 43rd Controller Congress on April 23/24, 2018. Gänßlen urged to make every effort to win new members: “We must find new ways to attract young members, and we must make our members happy.”

Other ICV Board Members continued: Heimo Losbichler, the ICV Deputy Chairman on the “CFO Efficiency Radar 2017/2018” developed in cooperation with Roland Berger; the ICV Board Member Matthias von Daacke on the ICV digitalization offensive. The ICV Board Member Malgorzata Podskarbi reviewed the first ICV license agreement in Poland; the ICV Managing Director Carmen Zillmer talked about the status of regional meetings in 2017 and on the development of number of members.

In the afternoon, the Management Meeting was continued in parallel workshops. Claudia Maron led one of them that developed ideas for the digital professionalization of the Association’s work (presentation of work results with Udo Kraus, Head of the WG Südwest). The workshop led by the ICV Board Member Karl-Heinz Steinke developed ideas to attract new members and reduce dismissals. In the third workshop moderated by Hans-Peter Sander, suggestions for further internationalization were developed considering local work groups and the involvement of the company memberships. The results of the workshops were put up for discussion in plenary.

At the conclusion of the Management Conference, Prof. dr. Heimo Losbichler informed about personnel changes in the ICV work groups and committees. On behalf of the Board he thanked the discharged executives and wished the successors much success. Particularly moving moments when Herwig R. Friedag said goodbye. For decades, Friedag had held various honorary posts in the ICV and most recently headed the International Work Group. The ICV executives paid tribute to his meritorious work and moving words with standing ovation.